Concentrated Solar Power plants are energy systems aimed at the production of electric and thermal energy. The Life Cycle Analysis of these energy systems is a trending topic in current research as many studies appeared in the scientific literature recently. However, the end of life of these plants is generally not deeply analyzed in those papers. Therefore, the focus of this work is the definition of several scenarios differing for the recycling level of various materials to provide a careful environmental evaluation of the end-of-life phase. The results show that, while Climate Change is slightly affected by the waste treatment scenario, other indicators such as Minerals and metals depletion can change drastically as a function of the recycling rates. Particularly, the recycling of silver turns out to be extremely important to mitigate the environmental burdens of the system.

Linear Fresnel collectors are good candidates to lower the use of fossil fuels in the built environment and in the industry, due to their compact nature and adaptability. In addition, the technology shows large margins for improvement, in terms of efficiency capital and operational expenditures. The present study presents a new atmospheric double tube absorber, which fully explores non-imaging optics design. An existing LFR system with a second stage concentrator consisting of an evacuated tube with an associated secondary parabolic reflector, is compared with a novel model adopting the same LFR primary field but a new second stage concentrator, which achieves a much wider acceptance angle. It is shown that, beyond a better performance, the novel proposed solution provides simpler maintenance, as in cleaning and parts’ replacement, and a reduced cost, as it includes cheaper standard components. The study was conducted in ray-tracing environment with the Tonatiuh++ software, which is able to directly implement non-imaging optics configurations via analytic equations. The present study is centred on the optical performance of the collector. The quantitative comparison demonstrates that the annual yield of the novel model is increased at least by 8.3% while the cost per metre of the receiver is decreased by 45%.

In this study, the energy scenario in China was analyzed by retracing the trend of exponential population growth, gross domestic product (GDP), and electricity production and consumption. A forecast up to 2050 was made based on the history and forecasts of other field studies. It was possible to deduce data on pollutants in terms of CO2 equivalent (CO2-eq) emitted over time if there were no changes in the way energy was produced. Moreover, different scenarios were hypothesized for the use of pumped hydroelectricity storage plants, namely 4.5%, 6%, 8%, 11%, and 14% (percentage of electricity compared to requirements in 2050), to balance variable renewable energy sources and avoid curtailment, thereby reducing the use of energy produced by coal-fired plants. For this implementation, direct and indirect costs and benefits were considered, with interesting results obtained from an economic standpoint and very positive results from environmental, social, and territorial perspectives.

In this work, tungsten nitrides sputtered at different powers supplied to a W target (300 W, 500W, 700 W) and proposed for solar thermal applications as part of solar absorbers, as active and robust materials for capacity energy storage and as plasma-facing materials were annealed in vacuum at medium-high temperatures (470 _C, 580 _C) and characterized by means of X-ray diffraction (XRD), AFM, micro-Raman, FTIR, UV–VIS—NIR, sheet, surficial energy and wetting angle measurements. From the overall set of analyses, some important modifications and differences between samples after annealing emerged (which will be useful for selecting them for specific applications) and have been correlated to sputtered W metallic clusters’ ability to adsorb, form complexes with and react with the strong N2 triple bond under the various plasma conditions of a reactive sputtering process. In particular, the 300 W film of poor crystalline quality as deposited, after annealing released entrapped nitrogen and retained its W2N structure up to a temperature of 580 _C. Despite there being no phase transition, there was an increase in sheet resistance, which is detrimental because the preservation of metallic character is an important requisite for the proposed applications. The 500Wfilm had a stable crystalline structure and a metallic character unmodified by increasing temperature. The 700W film, whose structure as deposited was almost amorphous, underwent the most severe modification after annealing: crystallizing, disproportioning and giving rise to a composite and porous nature (W + WNx) not ideal for spectrally selective coating applications, but useful for tailoring capacitive energy storage devices, or for catalysts for hydrogen evolution reactions (as an alternative to platinum) in alkaline water electrolysis.

The integration of renewable energy sources into the energy system requires both new investment in network infrastructures, and the introduction of new models of energy management.
In this framework, new structures of collaborations were born: the aggregator is one of them. It involves grouping different players of the power system, acting, however, as a single entity both when  it participates in the electricity markets and sells services to the operator. In this work, a new methodology to determine the optimal revenue of a Unità Virtuali Abilitate Miste (UVAM), which is an  Italian virtual energy unit managed by an aggregator, is proposed. The methodology is articulated in several steps, the core of which is represented by the two models: (1) a cost–benefit analysis  in order to identify the main costs/benefits that impact on the UVAM’ revenues; and (2) a decision-making model based on the sensitive analysis to capture the optimal interaction between users and aggregator. The results show how, on varying the parameter costs depending on the aggregator-users’ strategy, it is possible to obtain different optimal “working-points”. Finally, the analysis identifies two main cost factors that impact on the optimal revenue: the Energy Management Platform and the Communication costs, confirming the importance of these parameters in the general economy of UVAM.

The optimisation of the support structure of heliostats in concentrating solar power plants is a fundamental task aimed at attempting to reduce the high levelised cost of energy (LCOE) of current configurations. In this work, an integrated multi-objective optimisation framework is presented, which relies on the combination of a lean and fast structural model with a genetic algorithm to simultaneously minimise both the overall mass of the support structure and the mean angle of rotation of the mirror surface, which directly affects the optical efficiency of the component. A particular feature of the proposed framework is that it represents an integrated solution, i.e., it allows to simultaneously optimise the main components of the heliostat support structure, i.e., the pedestal, the truss and the back support structure, assuming they are off-the-shelf components easily available on the market. The optimisation problem is set up selecting as design variables (i) the number of elements in the back support structure and (ii) the relevant characteristics of all the components considered, i.e., section shape and dimensions, according to the components commercial datasheets. At each iteration of the optimisation process, the structural model is fed with the current design variables values and, according to some computed aerodynamic loads, it allows evaluating the displacement and rotation of the points of interest within the mirror surface. An aerodynamic model present in the literature based on experimental wind tunnel tests is used to estimate the wind forces acting on the heliostat as a function both of the mirror inclination angle with respect to the ground and of the wind direction with respect to the mirror orientation. In this work, the proposed methodology is demonstrated on a realistic case study and the results commented in detail, highlighting possible future developments and the limitations of the framework.

This paper is a review of the existing Life Cycle Assessment stu­dies of Concentrated Solar Power technologies that are available in literature. These systems are based on the reflection of solar rays on a relatively small surface to produce high temperature heat and high electric power rates. 25 papers, including reviews and research analyses, are summarized. The most relevant literature gap emerging from this review is the lack of inventory primary data, especially for some systems like Solar Dishes and Tower plan­ts. Extending the number of real-world installations analysed using a life cycle analysis would be very important to fill this gap. Moreover, a wider characterization in terms of environmental indicators adopted to describe the eco-profile of these technologies would be important. Indeed, Global Warming Potential is the most common impact category used to describe the results, but it does not account for issues like materials depletion. 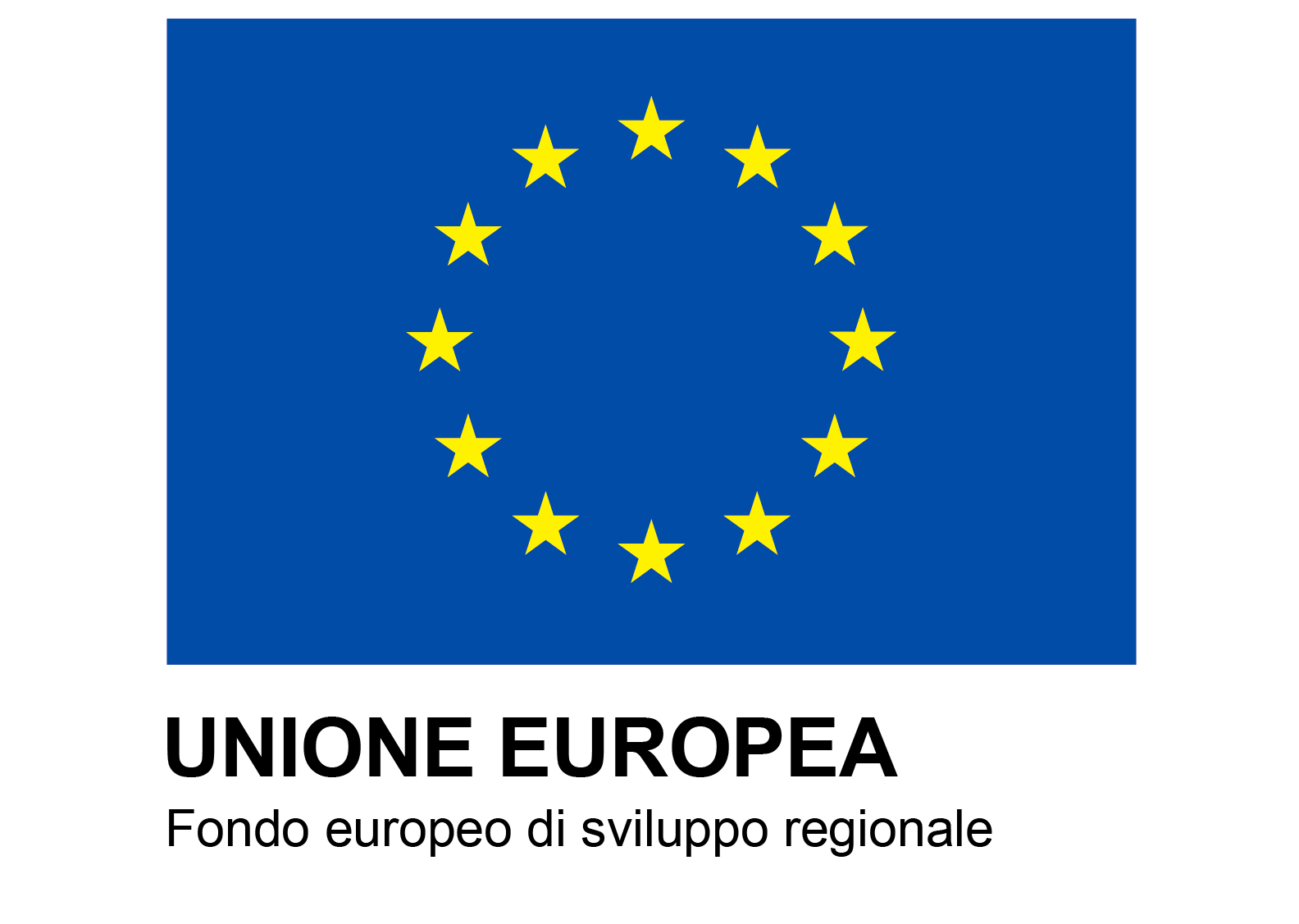